Record temperatures across the entire European continent have many concerned about global warming and the effects of climate change. A 2017 European Environment Agency (EEA) reported that “Southern and south-eastern Europe is projected to be a climate change hotspot as it is expected to face the highest number of adverse impacts.”

At present the world is 1°C warmer than in pre-industrial times. “We are already seeing the consequences of 1°C of global warming through more extreme weather, rising sea levels and diminishing Arctic sea ice, among other changes”, says Panmao Zhai, of IPCC.

Promoting preventative efforts, The Paris Agreement of 2015 seeks to keep temperature increases below 20C within this century, with the goal of limiting this to 1.50C by reducing carbon emissions. In 2018, the Intergovernmental Panel on Climate Change (IPPC) found that preventing a 0.50C rise over 1.50C would have significant benefits for the Mediterranean region.

Southern Europe’s proximity to the sea, coupled with its unique Mediterranean climate, are key elements shaping the impact of global warming on daily life and various industries.

Characteristically dry summers in Mediterranean areas makes the region particularly vulnerable to climate change. The warmer summers heighten risks of desertification and droughts, despite a 2 percent rise in precipitation predicted with global warming of 1.50C and 20C. Droughts would become 5 to 10 times more frequent than in 2005, even with the minimal 1.50C rise in temperature. Meanwhile, the average drought length would increase to a three month span with a 1.50C temperature increase, peaking at six months if this figure is closer to 20C.

“Decreasing river flows are projected for Southern European countries (particularly in Cyprus, Greece, Italy, Malta, Portugal, Spain, and Turkey)”, reports the European Environment Agency (EEA, 2019).  When global warming reaches 1.50C to 20C there will be between 11 percent to 13 percent less river flows, respectively, compared to the 1980s. Climate change will also bring anomalies such as severe spring frosts and increased autumn rain. Storms will become more intense, increasing the risk of flash floods like the one that hit the French town of Trebes, near river Aude, in October 2018.

Southern Europe’s extensive coastline subjects it to the effects of rising sea levels and coastal hazards. There has been a 3 millimetre rise, per year, across all European coasts in the previous century.

In fact, even after the global temperature increase is limited to 1.50C, the sea will continue to rise for many centuries, according to the IPPC’s Short Summary for Policy Makers (SPM). Erosion, along with rising seas and storm surges, has already narrowed coastal areas on the Iberian Coast.

Luckily, it is predicted that the Mediterranean region will see only moderate escalations in terms of marine storms and wavelengths. Shifts in climate have already begun to take a toll on society as adaptations to global warming are currently rare, and predictions for even the ambitious 1.50C targets are not pretty.

Every Sphere of Life Affected

People must be ready to brace themselves for mounting changes. Rising temperatures will increase heat-related sickness and mortality. There will be around 1 percent more deaths (compared to the period between 1995 to 2001) in France, Italy, and Spain in the event of a 1.50C rise, and 1.5 to 2 percent more deaths when global warming reaches 20C. The segments of society most likely to be affected are city dwellers, older generations, and lower-income economic groups who do not have the means to effectively cope with the increased heat.

To manage warmer summers, Southern Europe will have to use more energy. “The largest absolute increases in electricity peak demand for cooling have been projected for Italy, Spain, and France”, says the 2019 European Environment Agency Report (EEA, 2019).

By the beginning of the next century, water scarcity will affect 14 million more than it did in 2006 to 2015, whether global warming rises by 1.50C or 20C. Water supply and wastewater treatments for large cities are likely to be impacted. National and local governments, as well as civilians, will have to implement ways to use water sustainably.

One of the consequences of reduced rainfall is both a rise in forest fires and a prolonged season. Areas burnt by summer fires will increase by 41 percent and 62 percent more than in 1996 to 2015, when global warming hits 1.50C and 20C, respectively. Consequently, biodiversity and the ecosystem services we receive from forests will suffer.

Energy, businesses, farming, and fisheries will all be impacted by global warming; however, by planning and adapting in time to reduce carbon emissions, we can turn the shifts in industries to our advantage.

Due to warmer summers, tourism, which at present is at a peak from June to August, will be hit in Southern Europe. Outdoor activities will decrease in coastal France, Portugal, Italy, Sardinia, and Sicily, and southern and central Cyprus and Greece.

Fortunately, tourism is a dynamic industry and can quickly react to changes. Opportunities for tourism will improve in the spring and autumn season. Governments can help offset the impact of climate change on tourism with policies that invest in developing infrastructure and activities, suitable for higher temperatures in summer months.

Farming, and to some extent forestry, will be impacted by water scarcity. Less water for irrigation will complicate growing crops in drought hit areas. Farm yields are already experiencing negative impacts. Italy has seen a 57 percent drop in olive oil production in 2019, and traditional crops such as citrus fruits and vines are affected in the entire Mediterranean region.

Timely adaptation can prevent losses in farming. To sustain food production a change in crops, or at least the varieties grown, will be necessary. Implementing new methods such as precision farming can also help in dealing with drought and water deficiency.

A reduction in traditional energy production due to the dearth of river water is possible in Southern Europe. Italy is currently the second largest producer of hydropower, the largest green energy source in the EU, accounting for 40 percent of its renewables.

Hydropower capacity in the future will be curtailed in Italy, Spain, and Portugal. Seasonal variations in rainfall due to climate change will create difficulties for other energy sources in the cooling of thermal plants, river transport of fuels, and production of bio-energy. Disruptions to energy transmission and distribution systems due to forest fires and storms, resulting in blackouts, must also be factored into power supply.

Favourably, solar energy will boom under longer summers and sunshine, and could offset losses from other sources.

Europe is a world leader in renewables and currently has 1.2 million people employed in this sector. As the EU increases the share of renewables to meet its 2050 targets, so will employment. As IRENA Director-General Francesco La Camera points out in a Forbes interview, “Renewables deliver on all main pillars of sustainable development – environmental, economic and social.”

Nearly a third of Europe’s population lives within 50 km of the sea, and they account for a third of the region’s revenue. And yet, Southern Europe is one of the main areas that will be affected by coastal submergence and erosion. The loss of coastal land and threats derived from destructive storms burdens huge economic costs and could lead to mass migration.

Infrastructure, businesses, and defence installations have already been affected in coastal areas due to lost land from climate change. To combat this, the EU has drawn up region-specific plans to address the challenges facing the South’s future.

Global warming is not going to go away. Even if the rise in temperature is limited to 1.5°C; we can still expect to experience the IPPC’s predicted effects by 2050. However, we can diminish the impact of this change. Limiting the global temperature increase to 1.50C, instead of 20C, can help reduce damage by containing the rate of climate change.

For Southern Europe, this means less intense storms and floods. The rise in sea level will be less dramatic, allowing people who live on the coast a chance at adaption. Water and food scarcity, coupled with desertification risks in the Mediterranean region, will also decrease.

“There are actions across all sectors that can substantially reduce greenhouse gas emissions”, reports the IPCC. The EU is doing its share by allotting 20 percent of its budget for adaptations. It has set targets for reductions in carbon emissions and an increase in energy efficiency for 2030 and 2040, and aims to be the first major carbon-neutral economy by 2050.

Curtailing emissions will not be easy, as it requires sweeping changes in both practices and perspectives. But the necessary science, technology, and policies already exist and the metaphorical ball of change is officially in our court. 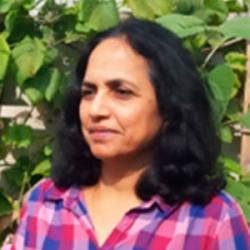 Vijayalaxmi is a freelance science communicator, who holds a doctorate in ecology and a bachelor’s degree in agriculture from India. She has worked for more than a decade in the non-profit sector for environmental protection. She writes about climate science, ecology, sustainability, organic farming, recycling, technology, and renewable energy. She lives in Germany with her family.

Malta Can Become “The Epicentre of Security Token Financing” 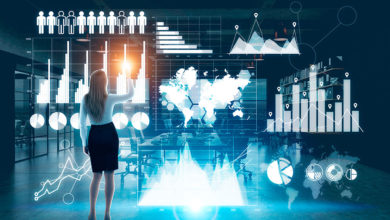 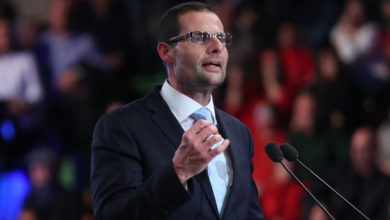 Muscat Steps Down, and Abela Steps Up 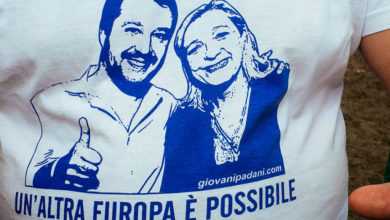 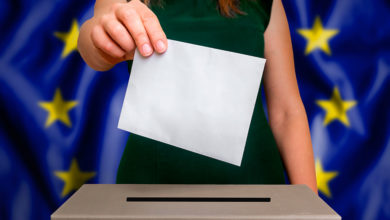