French President Emmanuel Macron has made headlines for his proactive attitude in fighting against climate change, including his push back against Brazilian President Jair Bolsonaro for failing to contain forest fires in the Amazon. Recent reports have shown, however, that France hasn’t been very good at curbing pollution in its own home.

An October 24th ruling from the European Court of Justice found that the country has “systematically and persistently exceeded the annual limit value for nitrogen dioxide since January 1st, 2010”. The case was first brought to court last year due to concern over the violation of limits on nitrogen oxide and particulate matter, which are mostly caused by diesel-engine traffic, industry, heating, and agriculture.

Back in July, France began banning use of old diesel cars in Paris during weekdays, with plans to prohibit all diesel vehicles in the capital by 2024. This move, however, was simply too little, too late. “France did not implement appropriate and effective measures to ensure that the exceedance period of nitrogen dioxide limit values would be kept as short as possible within the meaning” of EU law, the court said.

Ecology Minister Elisabeth Borne responded to the ruling in a statement saying that “the government is determined to quickly and lastingly improve air quality”, and is launching an “unprecedented effort” to subsidise the purchase of electric and hydrogen vehicles, and buy new cars in exchange for scrapping old ones.

Up for debate is a new “mobility law” that would assist in further restricting a majority of vehicles from entire swathes of urban environments, boosting incentives for ride-sharing and biking, enforcing controls of cars, and reducing emissions of ships in port.

If France doesn’t improve quickly and successfully, they’ll be slapped with fines from the European Commission. The ruling is the third condemnation against an EU member, alongside Bulgaria and Poland, and is meant to scare other under-achieving states like Germany, Italy, and the UK. This move is part of a wider range of EU actions against countries lagging in their compliance with air quality standards. The ECJ verdict shows how difficult governments find it to employ tactics that will cut emissions and curb pollution, despite Europe’s stated intents to do so.

Meanwhile, Germany, Italy, Hungary, Romania, and the UK are currently facing legal action for their own emission issues. Germany, Italy, and Luxembourg are also embattled in cases brought against them for allowing car manufacturers to tinker with their emissions, which blew up into a major scandal known as “Dieselgate” back in 2015.

With maritime transport actively contributing as a source of pollution and accounting for more than 2.3 percent of total global emissions, many believe that shipowners must get in on the Clean Air Act. In response, the International Maritime Organisation (IMO) is mulling over several options to replace the heavy fuel oil used in over 60,000 vessels, including shipping tankers.

Companies are pushing for the development of new ships that run on natural gas, which will allow for less pollution, but will demand updated, suitable storage facilities and all-new engines. The French maritime sector in particular has also opted to reduce ships’ speed in order to lower fuel consumption – if a ship decreases its speed from 12 knots to 10, its use of petroleum lessens by 30 percent. Some are reluctant, however, claiming that a reduction in speed will create a need for more ships and that the lengthened voyage will lend to increased storage time and add costs for customers downstream.

Meanwhile, cruise ship operators have come together in an agreement called “Blue Charter” to implement pollution-reducing measures. One such move includes hooking ships up to the local power grid instead of keeping their engines running during stopovers, which will curb fuel use.

“Maritime transport is very polluting and yet is the last sector not to have been regulated”, Faig Abbasov of Belgian NGO Transport and Environment told AFP.

“The IMO’s ambition can only be realised with the development and application of technological innovation and the introduction of alternative fuels, which means low – or zero-carbon fuels should be made available soon”, said its Secretary-General Kitack Lim.

Starting in January 2020, the organisation is committed to reducing the sulphur in heavy-oil fuel, cutting it down to 0.5 percent from its previous ratio of 3.5 percent. This will require the installation of “scrubbers”, exhaust cleaning systems fitted to ships that will decrease the amount of sulphur that escapes and pollutes the waterways.

“The shipping industry is going to change, because we have to address climate change”, said Edmund Hughes, Head of Air Pollution and Energy Efficiency at the IMO. “We have to phase out CO2 emissions as soon as possible.”

French environmental activists are pleased with the European Commission’s ruling, and welcome more of the same. “The condemnation is excellent news, which we impatiently awaited”, Olivier Blond, head of Respire, a French association campaigning for clean air, told Climate Home News. “I hope that this will incite the government to finally take the necessary measures. We particularly need to fight against diesel vehicles: these are the biggest nitrogen dioxide emitters.”

Jens Müller, Air Quality Manager at Transport & Environment, said: “For years the French government has failed to tackle toxic air pollution, and today’s ruling is the strongest possible decision to finally force them to act. Road transport is the main source of pollution in most European cities and the only solution is to ban dirty cars and replace them with fewer and zero-emission vehicles.”

“Europe at its best has won legal action against France at its worst to enforce nitrogen dioxide laws. [The] UK is next in the dock”, Simon Birkett, CEO of Clean Air London, said in a tweet.

The fight against pollution isn’t just about global climate change. Nitrogen oxides cause respiratory problems and have been linked to premature deaths all over Europe. While the levels of dangerous chemicals in the atmosphere are dropping, they’re not doing so fast enough. The European Environment Agency (EEA), says this gas – which is often present in smog – is responsible for thousands of deaths. The most recent data available, for 2016, states that poor air quality caused 400,000 premature deaths in the EU that year alone.

EU member states are required to keep levels at 40 micrograms per cubic metre or lower, but that number is often exceeded in cities all over Europe. In 2017, 16 out of 28 EU member states reported at least one case of nitrogen dioxide coming in higher than the EU legal standard. Some stations in London, for example, have found levels clocking in at over 50 micrograms per cubic metre – well above the EU’s legal standard. The UK has since proposed a new bill that includes legally binding targets to reduce these particles and force vehicle manufacturers to recall cars that fail to meet emission standards.

“Air pollution is currently the most important environmental risk to human health”, the EEA said in a report released earlier this month. Air quality expert Alberto Gonzalez Ortiz, who authored the report, noted “We have not yet reached the EU standards and of course we are far from reaching the WHO (World Health Organization) standards.”

Though a combination of measures will need to be put in place in order to truly combat pollution, reducing the number of cars on the road will go a long way towards slashing emissions. “When we fight pollution, we also fight climate change as well as noise and promote more healthy behaviour. It’s a win-win“, Ortiz said. 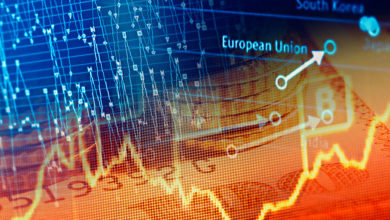 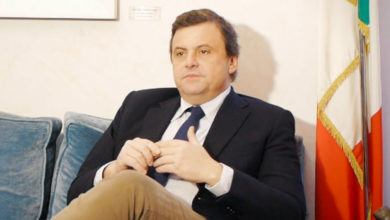 All Roads Lead to Rome’s Growth 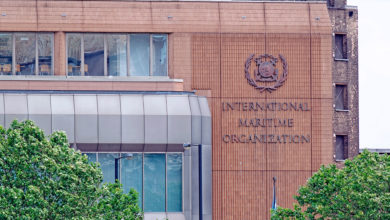 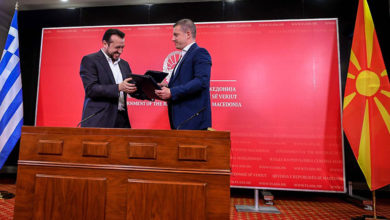