Two weeks ago, Greece and China signed a massive trade deal, valuing in at 2.5 billion euros and encompassing sixteen different trade sectors, including energy, agriculture, tourism, and ports. During Chinese President Xi Jinping’s official visit to Greece, he and Greek Prime Minister Kyriakos Mitsotakis – who had visited China the week before – called themselves “natural partners” who wanted to deepen relations between “two of the world’s oldest civilizations”.

“We’re opening a road that will soon become a freeway as our cooperation will be significantly enforced”, Mitsotakis said. Xi Jinping described the joint venture as a “model of Sino-European cooperation”.

The countries’ collaboration on an array of industries is set to enact major growth across the board. In the tourism sector alone, both nations hope to see half a million Chinese tourists visit Greece in 2021. In terms of agriculture, Greece now plans to export kiwi fruits and saffron to China. Even China’s electric corporations are keen to join in on Greece’s electrical infrastructure projects.

The Asian country is already a major trade partner, standing as the EU’s biggest source of imports and second-biggest export market. According to the European Commission, China and Europe trade an average of over 1 billion euros per day.

China’s venture into Greece includes an approximate 600 million euro investment to the Piraeus Port by COSCO shipping; this will be used to boost the harbour’s hub role as trade between Asia and Europe continues to grow. In many ways, this new partnership was the natural next step in an ongoing relationship. China provided significant financial aid when Greece needed it during the crisis, and since then the country has become a regular trade partner.

In 2009, COSCO Shipping won a 35-year concession to upgrade and run container cargo piers in Piraeus, followed by a majority 51 percent stake purchase in 2016. Now the company plans to turn the port into the biggest commercial harbour in Europe. It is required that half of the sum, 300 million euros, be invested by 2022 – which will then allow COSCO to acquire an additional 16 percent stake.

“The objective is to transform it into the biggest transit hub between Europe and Asia and, potentially, the biggest port in Europe”, Kostas Fragogiannis, Greece’s Deputy Minister of Foreign Affairs, told CNBC. Currently, that title is held by the Rotterdam Port in the Netherlands. “The geographical advantages of Greek ports can be utilised for facilitating and increasing transfer flows from China and the Far East to the European Union, the Balkans and the Black Sea region, and vice versa”, Fragogiannis said.

Endeavours are also being undertaken in Greece’s energy, transportation, and banking sectors. China’s State Grid holds a minority stake in Greece’s power grid operator ADMIE, and has expressed interest in taking part in their proposal to build an undersea power cable that will link Greece’s mainland to the island of Crete by 2023. Meanwhile, Greece’s Central Bank Chief Yannis Stournaras has met with executives of China’s Industrial and Commercial Bank, establishing plans for them to open a representative office in Greece.

This level of multilateral cooperation is evidence of Greece’s rapid economic rebound and expansion. And yet some locals are wary of all this good fortune, as the country finds itself being swept up by China’s larger Belt and Road Initiative – a controversial mega intercontinental development plan launched in 2013.

The initiative is framed as a bid to enhance global trade and interconnectivity, and more than 65 countries are already involved. But some observers worry that it also is a push to influence global affairs through the creation of a global China-centred trading network, where projects import Chinese nationals rather than hire local labour and act as a new venue to push Chinese goods for sale while extracting local resources. This sometimes leaves the host country in debt when the new venture doesn’t pay off – a charge China has pushed back against.

China has a vast market to take advantage of and either controls or has stakes in a dozen European ports including Greece, Italy, Malta, Spain, and France. Because 90 percent of China’s foreign trade travels by sea, all these countries desire the economic benefits that come from partaking in the Belt and Road.

A major part of the initiative is known as the “17+1” group, consisting of China, sixteen central and eastern European countries, and now, Greece. Other EU states like France and Germany worry that this move is meant to put a wedge between eastern and western Europe, and the EU Commission declared China a “systemic rival” back in March, when Xi was on a diplomatic trade visit to Italy.

Annegret Kramp-Karrenbauer, Germany’s Defence Minister, recently suggested that Germany should support “partners in the Indo-Pacific region” who feel increasingly threatened by China’s military assertiveness. Meanwhile, French President Emmanuel Macron wants NATO and the EU to function without support in the face of the US, China, or Russia, and has advocated for a “European Defence Union”.

Athanasia Kokkinogeni, Europe Senior Analyst at DuckerFrontier, told CNBC via email that the US should take note of China’s diplomatic and trade expansions, writing “Chinese investments have risen quickly, underpinning growth in the energy, telecommunications, and real estate sectors. Western firms should plan for intense Chinese competition in Europe in 2020 across most industries.”

US Secretary of State Mike Pompeo has warned the EU to be wary of Chinese bearing gifts, saying the state was “using economic means to coerce countries into lopsided deals that benefit Beijing and leave its clients mired in debt”.

On a domestic level, some Piraeus locals, concerned about the impact rapid development of the port has had on local archaeological remains, caused a halt to building in the area. Mitsotakis, however, has pledged to “overcome all obstacles”, while Xi has outright said that “investing in the Port of Piraeus is the biggest project of the Belt and Road Initiative”.

The new deal also includes extradition treaties, which is helpful to Xi’s anti-corruption drive and indicates a certain amount of geo-political leverage, despite growing international concern about the transparency of the Chinese judicial system in light of ongoing protests in Hong Kong.

Dionysios Stivas, a specialist on EU-China relations at Baptist University in Hong Kong, believes that while both states benefit from this new deal, overall the results will be more beneficial to China.

“The agreements strongly reflect the differences in economic might between the two countries. There are many agreements beneficial for the Chinese enterprises active in the maritime, logistics, telecommunications and banking sectors, which Greece will surely benefit from – but the profits for China will be much larger than for Greece”, said Stivas.

Mitsotakis took a more conciliatory tone than Macron did when they both visited China earlier in November. Whereas Mitsotakis hailed bilateral relations, focusing on trade and the economy, Macron spoke openly about sensitive issues like China’s operations in Hong Kong and the detention of over one million Uighurs and other Muslims.

For its part, China is attempting to mitigate both European and American fears, pledging to respect both EU rules and the “three pillars of the United Nations” – peace and security, human rights, and development. 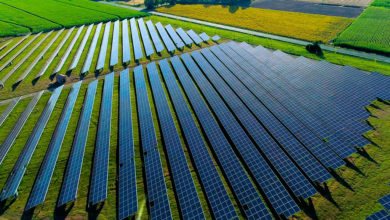 Innovation To The Fore As Cyprus Bids To Break Energy Dependency 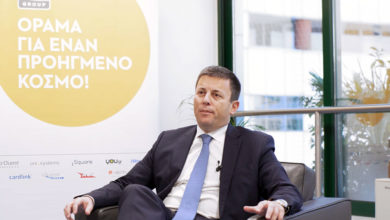 “Don’t Put All Your Eggs in One basket,” They Said. And Quest Group Listened. 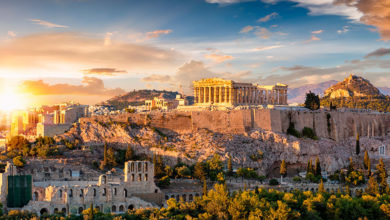