Share
Facebook Twitter Google+ LinkedIn Pinterest WhatsApp Share via Email Print
Mr. Socrates Lazaridis is CEO of the Hellenic Exchanges-Athens Stock Exchange, ATHEX. He is also Chairman of the Board of the Stock Markets Steering Committee, member of the Board of the Hellenic Capital Market Commission, Chairman of the Hellenic Corporate Governance Council, and Member of the Board of the American-Hellenic Chamber of Commerce. He joined the HELEX group – which merged with the Athens Exchange in 2013 – in 1994 as Business Development Manager at the Central Securities Depository (CSD). Mr. Lazaridis studied Economics at Athens University and continued his studies for an MSc (Economics) at Queen Mary University of London.

The so-called Memoranda era is coming to an end in Greece, as the country prepares to exit its eight-year EU bailout programme by the end of the summer, making 2018 a crucial year for the future of the Greek economy.

“2018, it is clear, is anticipated by the international investment community as the year that is a turning point for the Greek economy”, said Socrates Lazaridis, CEO of the Athens Stock Exchange (ATHEX).

He noted that a significant number of international institutional investors have visited ATHEX looking to learn more about the management of listed companies, and there is an “appetite” for IPOs and listings in the bond market.

Greece, hit hard by the 2008 world financial crisis and the 2010 European debt crisis, has already been successfully returning to the international bond market, as multiple credit rating agencies have upgraded the country’s ranking.

ATHEX’s story is similar. The Stock Exchange suffered a massive loss during the early 2000s crisis and has been slowly improving since. Lazaridis, who has been leading ATHEX since 2010 – but has worked for the HELEX group (now merged with the Athens Exchange) since 1994 – noted that 2017 was the Exchange’s best year post-crises, increasing by almost 20 percent compared to 2016.

“The 20 percent upside of the previous year was a clear sign of the perception and the appetite of the investors. It was higher than the average of the world Stock Market performance”, he said, while also humbly acknowledging that global stock markets on the whole performed well last year.

Still, the recent trends in the Greek stock market are something to boast about. That 20 percent rise means that in 2017 companies raised around 905 million euros in funding from the Greek Exchange. Since the Greek Capital Markets Commission established a cohesive framework for the creation of a corporate bond market in 2017, Greek companies have issued numerous bonds – approaching one billion euros last year, more than four times the raising result of 2016.

“We believe that 2018 will be the best year out of the 10 years of history in capital raising in the Athens Stock Market”, said Lazaridis, with the kind of quiet confidence that is reflective of a man highly successful and respected in his field.

Additionally, the EU’s Markets in Financial Instruments Directive (or MiFID II) also entered into force this year in Greece. The directive is a way to increase transparency and harmonise regulation for investment services across member states.

“After having passed this turmoil with the regulatory and technical improvements that have been needed in order to comply with MiFID II, ATHEX is ready nowadays to support all the interest that we foresee coming from international investors and from Greek issuers to utilise capital markets in 2018”, Lazaridis stated.

He also noted that ATHEX is fully committed to the Capital Markets Union in order to reduce barriers and increase market participants and investors. Currently, the Greek stock market already has participants from all around the globe – including its nearby neighbors like Cyprus, Romania, and Bulgaria – but it is preparing to open even further.

One of the Exchange’s most recent initiatives – beyond continuing to open up to foreign investors – is the newly established Hellenic Energy Exchange. Founded this past June, it is intended to speed up liberalisation of the energy market and support regional integration in the market.

“The benefit, of course, is that by the time that you are organising a market where supply and demand can match, you are achieving a common pricing formation for all of Europe, which of course helps the homogenisation of the energy costs in Europe”, Lazaridis explained.

He also pointed out that the electricity market and gas market will be the key focuses, particularly given the fact that the resource “will have an important future for Greece as a hub in the European supply of gas”.

Gas is preferred over oil and coal because it is cleaner, producing far less carbon emissions than the other fossil fuels. It is also being increasingly discovered in the Mediterranean.

Another area in which Lazaridis is leading the way is in the financing of small and medium-sized enterprises (SMEs) throughout Greece.

“I believe that one of the most important targets for all the Southern European markets is to find ways to utilise capital markets to support SMEs to raise capital”, he said, noting that in 2017, companies on the Athens Exchange raised anywhere from five million to 200 million euros – proving that any type of SME can access the market.

A more concrete initiative in this regard is the re-launch of ENA STEP, the Alternative Market of the Athens Exchange designed specifically for SMEs. It already has 12 companies on board. Moreover, Lazaridis noted that by using the new window for legislation that has opened with MiFID II, “we can redesign this market and make it much more attractive to SMEs”.

The Greek economy relies more on SMEs over the long run than many other economies of the EU, according to a study by the Foundation for Economic & Industrial Research (IOBE) in Athens.

The EU has also been placing increasing emphasis on the importance of SMEs on member states’ economies, seeing them as an engine for research and development as well as economic growth.

ATHEX, under Lazaridis’s experienced leadership, seems aligned with, if not one step ahead, of many of the EU’s capital market visions for the 21st century. 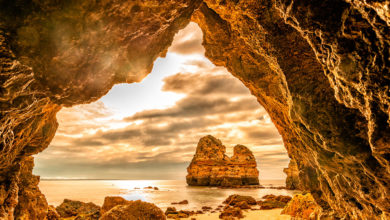 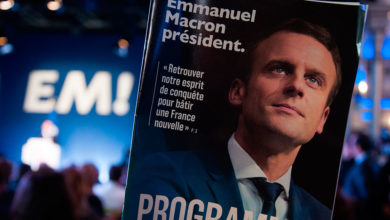 Macron Pushes Ahead with Reform Agenda, Including Billions in Tax Cuts in 2019 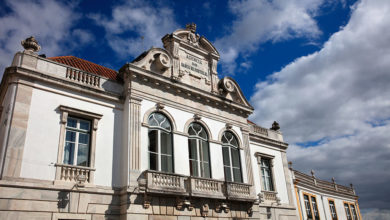