Italy’s flagship airline Alitalia has been struggling to stay aloft, requiring rescue for the third time in a decade. The airline declared bankruptcy two years ago in the face of increased competition from low-budget airlines. It also failed to establish itself as a contender on long-haul aviation routes, which tend to be fairly lucrative.

After a long line of bailouts, cash infusions, investments, and relaunching plans, the airline faces liquidation or de-facto nationalisation. The Deputy Prime Minister of Italy,  Luigi Di Maio, leader of the anti-establishment 5-Star movement – who doubles as economic and development minister – has led negotiations to rally the failing airline by hooking it up with the state-owned railway group, Ferrovie dello Stato – which had already contributed twice before to keep the airline afloat.

Ferrovie dello Stato, along with America’s Delta Air Lines, the Italian state treasury, and the Atlantia infrastructure group – of the Benetton industrial empire – emerged as the final partners to join the project.

Benetton is a family owned holding company engaged in industries from clothing to infrastructure. Atlantia is the controlling company of Autostrade per l’Italia; the largest of the private companies operating highways, via agreements with the government, that allow them to collect tolls in exchange for handling highway maintenance and upkeep.

Italian financial daily Il Sole 24 Ore said that Atlantia was going to become a major stakeholder, planning to buy 35 to 40 percent of the Alitalia airline, with an investment of around 300 million euros – precisely the amount of the financing shortfall in the government’s rescue package.

Delta Air Lines is snapping up a smaller piece of the prize. The Delta Chief Executive, Ed Bastian, said that Delta, seeking to expand internationally, remains committed to investing around 90 million euros to acquire between 10 to 15 percent of Alitalia. They will be providing technical expertise.

“I think Alitalia has a promising future with the right ownership structure in place”, Bastian said.

Completion of the plan and a formal signature of the new shareholder arrangement will most likely take place within a couple of months.

In a Facebook post, Di Maio had expressed hope for Alitalia’s future. “We need a new Alitalia to contribute to tourism in the country, taking tourists from all over the world on long-range routes and bringing them into the world’s most beautiful country – Italy.”

The Best for the Job?

On paper, Atlantia and Autostrade make sense as the ones to help steer Alitalia into clearer skies, as Atlantia manages the Fiumicino and Ciampino airports in Rome, along with the three airports of Nice, Cannes Mandelieu, and Saint Tropez in France. But charges of underhanded motivations cloud the matter.

In order to take part in this rescue, Atlantia has to accept a number of conditions, including cuts in toll rates on their roads – a move that is almost guaranteed to boost 5-Star’s declining support among the electorate.

But of the highways and bridges Atlantia is responsible for, one stands out: The Morandi, near Genoa. It collapsed in August last year, causing 43 deaths. While the cause of the collapse has yet to be determined, the Italian government made clear that poor maintenance exacerbated the results.

Atlantia denied any wrongdoing, but Di Maio has threatened to revoke their motorway concession, and there was speculation he might do so if Atlantia took a stake in Alitalia. The managers of Autostrade are among the more than twenty people currently under investigation. This disaster was seen as a possible quid pro quo factor in pressuring the board to save Italy’s beleaguered flagship airline.

“I have no prejudices about Atlantia regarding Alitalia, but nobody should think that the government can take a step back regarding the issue of revoking the motorway concession”, he added.

Italian Deputy Prime Minister and Interior Minister Matteo Salvini takes a softer view, considering Atlantia a “natural partner” for Alitalia, describing it as “a serious industrial partner with a turnover of several tens of billions of euros”.

In a released statement, the railway said it would start working with its partners to “share the business plan and the other elements of the eventual offer”.

On the other hand, the partnership with Delta is seen as a positive thing. Delta brings with it credible airline managers and systems that will help Alitalia’s efficiency improvement. “It does show that Alitalia has the wherewithal to hold the line against new entrants”, ICF Aviation Global Managing Director Samuel Engel told AIN.

It’s also a good deal for Delta. “Despite Alitalia’s struggles, Italy remains an important European market, one you would prefer not to be in the hands of your competitors. Having the heft to ‘own’ the major corporate contracts in a region has benefits that accrue to Delta, Air France-KLM, and all the other members of the growing Delta system”, said Engel.

Being bought out doesn’t mean Alitalia is off the hook. Currently, the company has approximately 11,000 employees, and operates at a loss of about three-quarters of a million euros per day. In 2017, the Italian government delivered 900 million euros as a bridge loan; only 430 million euros remain.

In order to stop the bleeding, shedding several hundred jobs, slashing wages, and reducing the size of the air fleet are all but guaranteed. In addition, the airline is expected to boost long-haul flights which tend to be more profitable, including to the rest of Europe and to North America, and cutting out at least fifteen unprofitable routes – mostly domestic routes within Italy. Domestic travelers will be encouraged to take the existing high-speed railways instead.

Not all international travel will be boosted. New flights from Rome Fiumicino airport will be added to San Francisco, USA and Shanghai, and China, but existing connections to Santiago, Chile, Johannesburg, South Africa and Delhi, India, will be terminated.

The business plan isn’t finished yet, but a draft is already prepared by advisors Oliver Wyman, McKinsey, and EY, according to Italian newspaper Corriere della Sera. In this plan, Alitalia will develop its hub in Rome’s Fiumicino airport, with a focus airport at Milan Linate, and a new business class on short-haul flights intended to target well-heeled, premium passengers.

However, the airline will be dropping its focus on the Milan Malpensa airport, and instead spend 60 million euros to re-acquire space at London Heathrow.

From the time Atlantia takes over as major stakeholder through 2023, the company is expected to invest 977 million euros, the bulk of which will be dedicated to air fleet maintenance and upgrades, according to the newspaper Il Sole 24 Ore.

Ideally, turning Alitalia around will boost industry and tourism in Italy. But the road to profitability is long, and turbulence is expected along the way.

Will Migrant Sharing Be the Magic Bullet? 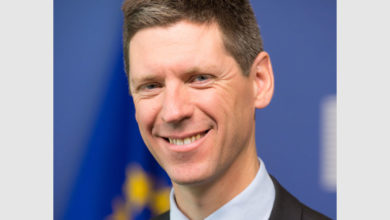 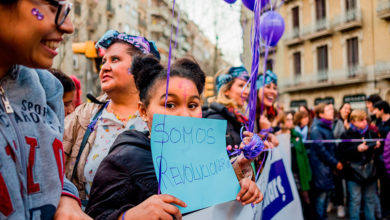 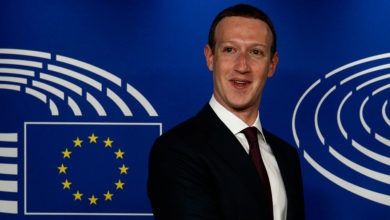 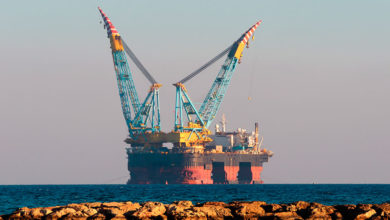