Migration has long been a central issue in Europe, when nearly 1 million people fled their homes in Syria and Africa to cross the Mediterranean Sea at the height of the 2015 crisis. As a result, multiple agreements between the EU and Morocco, Turkey, and Libya, were enacted in the years that followed to subdue the flow of migration into Southern Europe.

But now Italy, Greece, and Cyprus are seeing a surge – once again – as conditions for refugees crossing have steadily gotten worse, with the death toll climbing to more than 1 percent in this year alone.

Not Much Has Changed in Italy

Southern EU countries have long been on the frontline as the first ports of call for asylum seekers, and many lack the ability to process the large numbers of people in need. Backlash against migrants was most prominent in Italy, and tensions mounted when the League’s Matteo Salvini closed ports to refugees.

Yet even with Salvini removed from power, and though ports are no longer sealed shut, Italy is currently still refusing access to rescue boats. In late October, the Ocean Viking rescued 104 asylum seekers stranded at sea. But Italy refused to allow them to dock for eleven days – only relenting when France and Germany agreed to take in 70 of those aboard.

“Italy has been receiving and holding refugees and migrants for years, without any support from the rest of Europe”, says Agnes Callamard, the UN Special Rapporteur for extrajudicial executions. “The problem is with the EU being unable to abide by its full commitment to take its share of migrants. Italians, when they elected Salvini, said enough is enough.”

The sentiment still resounds today – not just in Italy, but across “frontline states” – especially in the absence of a robust EU agreement that could help to share the burden equitably.

“When a relocation agreement is settled, Italy is willing to open its ports”, said Louise Guillaumat, the Deputy-Director of SOS Méditerranée, the NGO which operates the Ocean Viking. “But there are few EU member states willing to welcome people into their territory and support the coastal states”, Guillaumat continued, speaking of Italy and Malta.

Meanwhile, Italy is set to automatically renew the anti-migration deal currently in place with Libya, which is aimed at reducing the number of deaths at sea for those attempting to cross in unregistered and often unsuitable vessels. Italian Foreign Minister Luigi Di Maio has said that it would be “unwise for Italy to break off its agreement with Libya on handling asylum seekers and combating human trafficking.”

But when Libyan coast guards – who are trained, financed, and equipped by Italy – catch migrants and return them to shore, aid agencies say they often face torture and abuse. Though Italy can amend the agreement to include evacuation and resettlement clauses, and guarantee the presence of human rights groups in detention centres, it is not yet clear whether the Libyan government would agree to these changes. The amendment also doesn’t address critics who accuse Italy and the EU of outsourcing the migration issue rather than addressing the needs of refugees.

“The only possible solution is to completely overcome the arbitrary detention system and end the support offered to the Libyan authorities that feed suffering, violations of international law and the odious work of smugglers”, said Marco Bertotto, Médecins Sans Frontières’s Head of Advocacy.

Greece and Cyprus Under Pressure

To counteract the massive increase of refugees fleeing Syria, Greece’s migration minister Michalis Chrisochoidis sent a letter to EU counterparts, calling on them to help share the burden. But only one member state has responded thus far. “Greece, with dignity and without any assistance, is trying to deal with a humanitarian flood every day”, Chrisochoidis said, which includes the recent arrival of 4,000 unaccompanied minor refugees who are currently housed in conditions that “do not honour the EU”.

Meanwhile, last month members of the European Parliament confronted Turkish President Recep Tayyip Erdoğan and his plans for a “safe zone” in northern Syria. EU Commission official Maciej Popowski has said the EU refuses to give financial support for involuntary refugee relocation, though so far approximately 15 billion euros were given to Turkey during the crisis as part of the deal made to help stem the flow of migrants across the Mediterranean.

Greece’s difficulty in managing the situation stretches back several years. Hundreds of thousands who entered the country have gone missing or were never tracked in the first place. Out of 156,000 who requested asylum in the last three years, only 40,000 succeeded, and the government does not know where the remaining refugees are currently located.

Centre-right Prime Minister Kyriakos Mitsotakis is wary about the political rhetoric migration spurs on the left wing and right wing of Greek political society. Instead, he sees himself as a reformer, and wants to pursue practical agendas to ameliorate the problem: speeding up asylum procedures, better distinguishing between economic migrants and refugees, and curtailing a system that allegedly allows doctors to diagnose all arrivals with PTSD to grant them asylum.

However, the new asylum law would increase returns to Turkey under the 2016 European Union-Turkey deal, as well as expedite the extradition of those who fail to meet the narrower asylum-seeker criteria to “safe third countries” – even if those countries aren’t always safe.

Cyprus, too, is overwhelmed, as the number of asylum seekers is set to exceed 100,000, or 3.5 percent, of the total population. In comparison, Italy’s numbers stand at 0.4 percent and Spain’s are at 0.16, while for eleven other EU countries the rates sit at just below 0.1 percent.

Cyprus recently asked the EU to help resettle 5,000 asylum seekers, as the current number went beyond Cyprus’ ability to cope. That request, however, went unanswered, which Interior Minister Constantinos Petrides has said is a perfect example of the EU’s lack of solidarity with frontline states. He went on to criticise the EU for failing to come up with a burden-sharing mechanism, as well as for the existing legal framework that he says allows economic migrants to abuse the system.

“We are currently experiencing the largest population displacements ever seen and according to the UN 250 million to 300 million people are migrating each year” Petrides said, adding that around 50 million of these are recognised as refugees under the Geneva Convention.

So far Cyprus has been able to avoid the violence and backlash around migration that sometimes crops up in Italy or Greece, but lack of housing and rising rent means that settling those in need is still difficult. “When we started, we created a reception centre for 400 people. But when we receive 20,000 to 30,000 where will we put them? Do we create 30 or 40 centres?” Petrides asked.

What Does this Mean for Europe?

Europe seems to be of two minds when it comes to migration. On the one hand, the EU seeks to minimise deaths from dangerous Mediterranean crossings and harbours asylum seekers who come to their borders. But fear of right-wing and nationalist backlash also exists, which drives the EU to leave the burden of processing and integrating refugees on the already overwhelmed states that receive them.

The result is that there is no clear EU refugee policy. This magnifies the burden both on EU states as well as asylum seekers and migrants themselves. One major task for the incoming President of the European Commission, Ursula von der Leyen, will be hammering out clear limits and rules for the EU that both safeguard the rights of refugees while allowing for equitable burden-sharing among EU states. 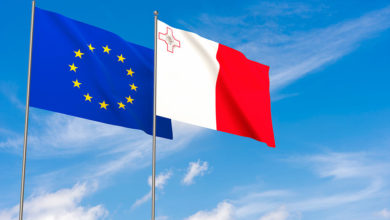 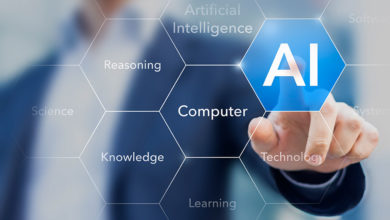 France Bets on AI for a More Competitive Future 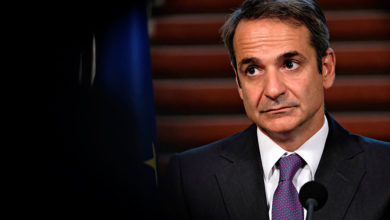 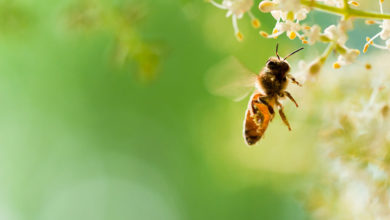